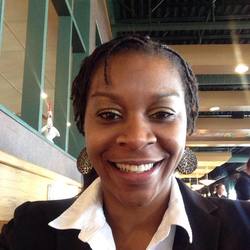 Sandra Bland, 28, was arrested July 10, and after spending the weekend in the Waller County jail, she was found hanged in her cell Monday. Harris County's medical examiner said the death was a suicide, but Bland's family disputes the finding. A later report indicates that she was found with a plastic bag tied around her neck

At 7 a.m. Monday, Bland reportedly asked to make a phone call. Two hours later, she was found dead. Bland’s body was discovered by a jail worker on Monday morning. Bland was hanging by unspecified means—police said she did not have shoelaces or a blanket in her cell. An autopsy performed Tuesday listed Bland’s cause of death as suicide by asphyxiation, but her family and many people online suspect foul play. (The autopsy report which contains that and much more detailed information has not yet been made available.) The Texas Rangers said they are investigating her death, and the Bland family has retained an attorney.

A 14 July 2015 statement about Bland’s death published by the Waller County Sheriff’s Office to their Facebook page confirmed that Bland was arrested on 10 July 2015 (purportedly for failing to signal a lane change) and indicated that her death appeared to be a suicide: The FBI has joined the Texas Rangers in investigating the circumstances surrounding her death. In arresting Bland, the unidentified trooper "violated the department's procedures regarding traffic stops and the department's courtesy policy," state public safety officials said Friday, July 17, 2015. Separately, the sheriff of Waller County lost his previous job amid charges of racism.

A county prosecutor in Texas said on July 23, 2015 that an autopsy of Sandra Bland concluded that her injuries were consistent with suicide, not homicide, a finding that underscored growing doubts that the jail did enough to monitor her.

In a report posted on July 29, 2016, a police officer where Sandra Bland was pulled over and jailed said the county's top prosecutors threatened to end his career if he came forward with what he said was evidence of wrongdoing, an accusation the prosecutors have denied.

Among the things Prairie View officer Michael Kelley said that he wanted to tell a grand jury: Bland appeared to have marks on her forehead after a confrontation with state trooper Brian Encinia

On August 4, 2015, the family of Sandra Bland filed suit in federal court against Waller County and others.

On August 17, it was reported that five special prosecutors had been appointed to look into the death of Sandra Bland.

On December 14, a grand jury met for the second time to consider charges in the case of Sandra Bland. The grand jurors will decide whether to bring charges against anyone involved – from the DPS trooper who pulled Sandra Bland over, to any of the employees at the Waller County Jail, where Bland died.

On February 18, 2016, a federal judge ruled that Texas must let the attorneys representing Sandra Bland's mother in a wrongful death lawsuit review 100 hours of footage from the jail where Bland was found dead.

In January 2016, the grand jury reconvened after previously declining to indict officers in the case.

In January 2016, the arresting officer was charged with a misdemeanor in the case for perjuring himself under oath.

In March 2016, the arresting officer was fired and appealed the decision.

On March 22, 2016, the officer pleaded not guilty Tuesday to a charge of misdemeanor perjury.

September 2016 Legislation in Bland's honor is a term of the lawsuit settlement, and state Rep. Garnet Coleman, a Houston Democrat and chairman of the House County Affairs Committee, said he will introduce the Sandra Bland Act during the 2017 session. The bill will address protocols for dealing with mental health issues in the criminal justice system, look for ways to divert people to treatment over incarceration and emphasize police de-escalation.

Attorneys for former Texas Department of Public Safety trooper Brian Encinia, accused of perjury in connection with his controversial 2015 arrest of Sandra Bland, say they will ask a judge to let a second grand jury reconsider Encinia's indictment. And if Encinia does go on trial, his attorneys want the proceeding moved out of Waller County, they said.

Encinia was indicted in March 2015 for allegedly lying in the report he filed on Bland's arrest.

March 2017 Bland’s family, who initially doubted that her death was a suicide, is currently bringing a wrongful death lawsuit against Encinia, as well as the Waller County Jail (read the complaint here). A trial is currently scheduled for March.

May 2019 Group discovers video from Sandra Bland's phone which puts officer's testimony of fearing for his safety into question.

On July 17, 2015, following the death of Bland - a Naperville, Ill. native - more than 100 protestors in Hempstead, Texas, marched from the city's jail to the courthouse demanding answers. On August 12, 2015, a group of armed demonstrators led by the New Black Panther Party marched Wednesday afternoon outside the Waller County jail in Hempstead.

In August 2015, in light of the Bland case, the State of Texas launched a probe of all jail suicides.