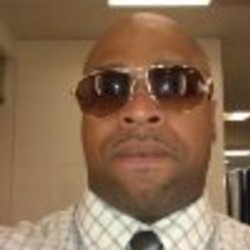 The alleged shoplifter was confronted by two security guards in the mall. He then pulled out a gun to started firing.

"My son said, 'mom, someone is shooting.' And then the next thing we saw a guy running across the mall and then a lady pushed us to the back of TJ Maxx and we stayed at TJ Maxx for about 45 minutes," shopper Melissa Vanvactor said.

The gunman then left the mall and began running towards homes southwest of the mall. The LAPD blocked streets until they found the suspect.
"A canine conducted an area search and located the suspect at which time an officer-involved shooting occurred," LAPD Deputy Chief Bob Green.

The suspect was transported to the hospital where he was pronounced dead.

The mall security guards were not hurt.