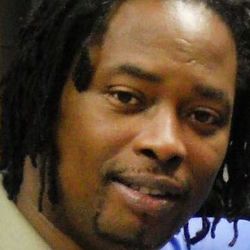 A University of Cincinnati Police officer shot and killed a man during a weekend traffic stop. The man's family identified him Monday as Sam Dubose, 43. Officers responded to the shooting at Rice and Valencia streets just after 6:30 p.m. Sunday. Few details have been released. Cincinnati police are investigating with UC police. At a news conference on Monday July 20,2015, revealing a few more details in the case, Chief Jason Goodrich said Officer Ray Tensing spotted Dubose driving without a front license plate at Vine and McMillan near the UC campus and followed him about a half-mile. Tensing asked for a driver’s license, which Dubose couldn’t produce. He gave the officer a bottle of alcohol instead, Goodrich said. The two men struggled at the door of the car, and Tensing fired once, fatally striking Dubose, Goodrich said. The car, now driven by a dying man, traveled a block farther before coming to a rest on the narrow sidewalk at Rice and Valencia. Dubose's family said he just got engaged to be married last week. They acknowledged he has a criminal history, but said he is not violent. Dubose has a lengthy criminal record in Hamilton County, mostly for misdemeanor drug crimes and traffic offenses, court records show.

A University report found that the killing of Samuel Dubose was entirely preventable.

The Cincinnati Police Chief told reporters on July 27 that he had seen the video of the shooting and, "it was not good." On July 29, Officer Ray Tensing was indicted for the murder of Samuel Dubose.

A Hamilton County prosecutor announced on Friday, July 31, 2015, that the two University of Cincinnati police officers who watched the fatal shooting of the unarmed 43-year-old Samuel DuBose will not face criminal charges for corroborating a false claim that police officer Ray Tensing was dragged by Dubose's vehicle before killing him.

On August 3, 2015, the Ohio coroner determined that the bottle Dubose was holding was filled with air freshener, not gin.

The Cincinnati City council, in November unanimously approved a resolution asking for a retrial of former University of Cincinnati officer Ray Tensing.

The murder trial of former university police officer Ray Tensing has been set to begin on November 16, 2015.

On Monday, January 18, 2016, the Dubose family and the University announced that a civil settlement had been reached awarding the Dubose family $4.8 million and free college tuition for all of Samuel Dubose' children.

October 2016 The former University of Cincinnati police officer who fatally shot Samuel DuBose during a traffic stop for a missing license plate will face murder charges this week, as city officials and activists brace themselves for revived protests.

On November 12, 2016 the trial of Ray Tensing ended in a mistrial after the jurors told the judge they were unable to reach a verdict. On November 21, 2016, Prosecutors announced that they would retry Tensing.  On November 22, 2016 it was announced a retrial could be held in another city.

On March 13, 2019, the University of Cincinnati Police Division announced it had finished a voluntary monitoring program as a result of the fatal shoting of Samuel DuBose.