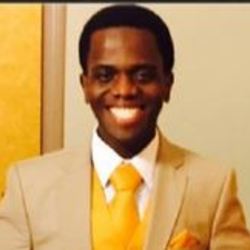 Port St. Lucie police are investigating a deadly officer-involved shooting in the city.

A spokesman with the agency said officers responded to a home located in the 600 block of Southwest Colleen Avenue at 2:18 p.m. for a domestic situation.

The chief of police said 911 dispatch received a call about a man, identified as 25-year-old Samson Fleurant, was armed with a knife and 'cutting up the house.'

When Port St. Lucie police officers arrived to the residence, they encountered Fluerant armed with a machete.

The Chief said Officer Kenneth Frid deployed his taser but Fleurant was unaffected.

That is when Officer Colin Duncombe shot the man when he advanced toward the officers with the machete, according to the Chief.

Fleurant was taken to the hospital where he passed away.

The following officers involved in the incident:

The investigation has now been turned over to the Florida Department of Law Enforcement.