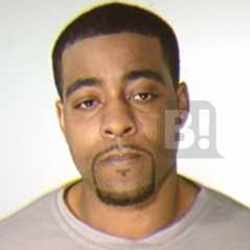 A man was fatally shot Friday night in Fridley after he pulled away from a traffic stop on Interstate 694 and dragged an officer, police said Saturday. The 13-year veteran of the Lino Lakes Police Department was working a drunken driving detail when he stopped a vehicle for speeding on westbound I-694 at University Avenue about 10:50 p.m. Friday. According to the state Bureau of Criminal Apprehension, the officer, Sgt. William Owens, attempted to arrest the driver, Sam Matthew Holmes, 31, of New Brighton, on outstanding warrants and suspicion of driving under the influence. A struggle ensued, and Owens tried to subdue Holmes using his Taser. During the struggle, the BCA said, Holmes got back in his vehicle and took off, dragging Owens a short distance. At that point, the officer shot Holmes, the BCA said, and the vehicle careened off the road, ran through a fence and came to a stop in a nearby Cub Foods parking lot.