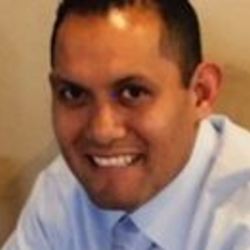 A man who authorities allege forced his way into his estranged wife’s east Tulsa home with a gun and took her 2-year-old daughter hostage was fatally shot by a police sniper early Tuesday.

Officers responded to a reported domestic-related call at a residence in the 4300 block of South 170th East Avenue shortly before midnight. Upon their arrival, a woman told them her estranged husband forced his way inside her home and grabbed her youngest child, a 2-year-old girl, while armed with a gun, police spokesman Leland Ashley said.

Police attempted to make contact with the man, who Ashley said “spoke very little English.” A Spanish-speaking officer made multiple requests for him to release the child, and the man eventually stepped onto the second-floor balcony while holding the girl with one hand and the gun with the other, Ashley said.

Officers indicated the man pointed the firearm at them and the girl during the standoff, which continued for several hours.

Shortly after 3 a.m., the man reportedly returned to the doorway of the balcony while holding the child’s hand. He was then shot and killed by a sniper who is with one of the department’s special operations teams.

“The officer, fearing for the child’s safety, was able to take a shot and killed the suspect,” Ashley said.

The child was not injured and returned to her mother. Ashley said the deceased man, whose name has not been released, was holding the gun at the time he was shot.