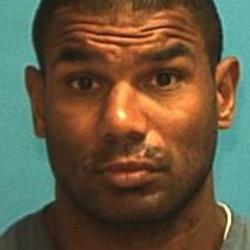 Plantation police have identified the homeless man shot and killed Sunday by a police officer, who said the man punched him in the face during a routine foot patrol behind an office building. Salvado Ellswood, 36, had been released less than a month earlier from a Florida state prison where he had been serving a two-year sentence for battery on a law enforcement officer, records show. Officer Erik Carlton encountered Ellswood shortly before 9 p.m. while patrolling behind a plaza at 300 S. State Road 7, Detective Philip Toman, a Plantation police spokesman, said. Carlton said Ellswood assaulted him after he asked Ellswood to leave the property. Carlton stunned Ellswood with his Taser, to no effect. When Ellswood's aggression grew, Carlton drew his gun and fired, Toman said. Toman said he had no confirmation on how many shots were fired or how many times Ellswood was struck. Ellswood died after surgery at Broward Health Medical Center.

Carlton, 39, has been with the agency since 2001 and has been placed on paid administrative leave while the department's internal affairs unit investigates the fatal shooting