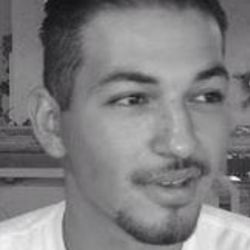 Salome Rodriguez Jr., a 23-year-old Latino from Ontario, was shot and killed Friday, March 13, near Third Street and Main Street in Pomona, according to Los Angeles County coroner's records.

About 3:30 a.m., the Pomona Police Department responded to a call about gunshots, according to a news release. Once officers arrived at the parking lot near an area packed with bars and nightclubs, officers found Rodriguez with gunshot wounds. Rodriguez was taken to L.A. County-USC Medical Center, where he later died.

Authorities have issued an arrest warrant for Henry Solis, police said. Solis, 27, was a probationary officer at the Los Angeles Police Department's Devonshire Division in the San Fernando Valley. The department fired him March 17.