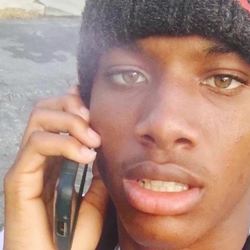 22-year-old Salaythis Melvin was shot by an Orange County deputy outside a mall on Friday and died as a result of his injuries on Saturday, according to the Orange County Sheriff’s Office.

An Orange County deputy opened fire Friday on Melvin, who was armed with a stolen Glock handgun outside the Florida Mall, according to Sheriff John Mina.

The sheriff said the incident began Friday shortly after noon when deputies tried to approach a group of four individuals outside Dick’s Sporting Goods because one of the men had an active warrant for his arrest and was also a person of interest in a triple shooting that occurred on Powers Ridge Court in Pine Hills last month.

During the encounter, Melvin fled and deputies chased after him. At some point, Melvin, who had a stolen Glock handgun on his person, was shot by a deputy, according to the sheriff.

Melvin was taken to Orlando Regional Medical Center to undergo surgery before passing away.

Mina said the three other people who were in the group have been taken in for questioning.

“We’re going to sort out what their ties to any other crimes are,” Mina said.

Although the shooting happened at a busy mall in the middle of the day, Mina said the area where the incident occurred was relatively secluded.

No law enforcement officers were injured. One deputy, who has been on the force for more than a decade, fired his weapon. The Florida Department of Law Enforcement will investigate the deputy-involved shooting, which is standard procedure.

About two hours after one of his deputies shot and killed 22-year-old Salaythis Melvin in the Florida Mall’s parking lot Friday, Orange County Sheriff John Mina confirmed that a body-worn camera had recorded the incident and told reporters had he had already reviewed it.

The Sheriff’s Office has since refused to make the footage public, even after it was revealed that Melvin, who deputies say had a hand on a gun in his waistband as he fled, had been shot in the back. The agency won’t show it to Melvin’s parents, either, said their attorney, Bradley Laurent.