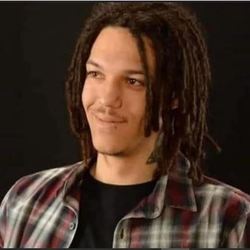 Said Joquin, 28, was killed when police thought he was reaching for a weapon. He was pulled over May 1 after allegedly running a stop sign at Whitman Avenue Southwest and Steilacoom Boulevard Southwest.

A Lakewood officer had to brake to avoid hitting Joquin’s vehicle.

That officer and another traveling in a different direction pulled over Joquin in the 6400 block of Steilacoom Boulevard.

As police approached the car, officer Mike Wiley said he noticed a gun on the driver’s side floorboard.

The officers requested backup and ordered Joquin and his passenger to keep their hands up.

“However, a few minutes into the incident, the driver lowered his arms, causing the primary officer to believe the subject was reaching for the firearm,” according to a statement by investigators.

Joquin was taken to a local hospital, where he died.

The passenger was not injured.

A gun was recovered from Joquin’s vehicle, investigators said.