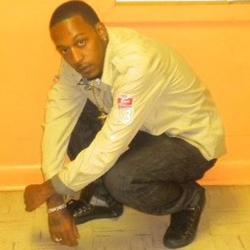 Police shot and killed Saheed Vassell, 34, who was holding a pipe in Brooklyn on Wednesday afternoon April 4, 2018 after callers reported a suspect pointing what appeared to be a gun at people on the street.

NYPD Chief of Department Terence Monahan said that four officers -- three in plain clothes, one in a department uniform -- responding to three calls about a possibly armed man in Crown Heights found him at Utica Avenue and Montgomery Street about 4:45 p.m.

Monahan said the man "took a two-handed shooting stance and pointed at the officers," who in return fired a total of 10 shots.

After the shooting, the officers approached to administer aid, Monahan said. It was then that they discovered the man, later identified by the NYPD as Saheed Vassell, 34, of Brooklyn, had not been holding a gun, but a pipe with a knob at the end. Vassell was taken to Kings County Hospital, where he was pronounced dead.

The pipe a man was allegeldy holding and pointing at officers before being shot to death on Wednesday, April 4.
Photo credit: Provided by the NYPD

"This was not an EDP (Emotionally Disturbed Person) call... this was a call of a man pointing what 911 callers felt was a gun at people on the street," Monahan said. "When we encounter him, he turns with what appears to be a gun at the officers. We have to stay straight on the facts with this incident today."

None of the officers were wearing body cameras at the time of the shooting, but Monahan held up surveillance photos from the scene that showed Vassell pointing an object at people walking by beforehand.

Another surveillance image obtained by News 4 clearly shows Vassell pointing the silver pipe at a person on Utica Avenue in the middle of what appears to be a running stride.

Witness Jack Hinds said he saw three officers pull up to the scene in an SUV around the time of the shooting and block off traffic. Seconds later, he said, shots started flying.

'He said after the officers shot Vassell, one of them walked up to him and poked his chest with the weapon.

Other witnesses said Vassell was well-known in the neighborhood. They added that he had a mental illness but was not dangerous.

"He talks to himself," said one person. "He shouldn't be shot."

Andre Wilson told the Daily News he had known the man for 20 years and described him as a quirky neighborhood character.

"The officers from the neighborhood, they know him," Wilson said. "He has no issue with violence. Everybody just knows he's just mentally challenged. This shouldn't have happened at all."

On April 11, 2018, the Legal Aid Society urged the NYPD to name the four cops involved in the killing of Vassell.

In February, 2019, Vassell's father appealed to state Attorney General Letitia James to launch an investigation, urging James to intervene since none of the four officers involved had been indicted or placed on modified duty.

On Friday April 13th, neighborhood residents had a gathering & celebration to honor Saheed's life. This was near the corner where he was shot.

Another protest was held on May 8th. The protest was advertised locally, and about 100 people showed up. This did not get news coverage, however.

There is a vigil that is maintained on two corners near where he was shot.