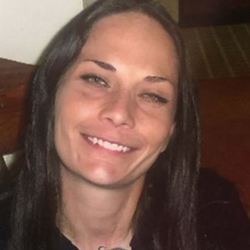 Mesa police fatally shot a 34-year-old woman Saturday night after responding to a call indicating she intended to kill herself, according to a police spokesman.

Detective Steve Berry said the woman, identified Sunday as Sabrina Ann Garcia, ran from officers when they arrived and tried to talk to her at an apartment near Extension Road and U.S. 60.

Officers followed Garcia and noticed she was holding a handgun, Berry said. They told her to drop the weapon, but she didn't comply, he said.

The officers then fired bean bags at Garcia to try to disarm her, but it didn't work, police said.

Garcia, still holding the handgun, then turned toward the officers, "causing them to feel threatened," Berry said. The officers then fired their duty weapons, he said, striking Garcia.