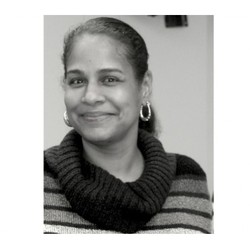 On 01/18/2015, Detective DeSpain was notified by Sgt. Thomas of the death of a prisoner in custody at the Pearland Jail. Sgt. Thomas advised a female who had been arrested for Driving While Intoxicated the night prior was in the process of being arraigned by the Justice of the Peace and collapsed in her jail cell. The female was transported to Memorial Hermann Hospital - Texas Medical Center where she was pronounced deceased. Detective DeSpain proceeded to the Pearland Jail where I met with Sgt. Thomas.

A medical assessment was done on Coverdale and it was decided to utilize the Automated External Defibrillator in addition to calling for Pearland EMS and the on-duty police supervisor. Pearland Ems arrived a short time later and Coverdale was transported to the hospital. Detective DeSpain spoke with prisoner, Kimberly Cerny, who stated she and Coverdale was awakened by the jailer. Cerny said she stepped out of the jail cell and was standing in the hallway.

Coverdale is seen standing up in the cell and takes several steps towards the cell door. Coverdale stops walking, appearing to instantaneously stiffen and fall backwards to the floor without any attempt to brace herself. A copy of the surveillance video was made and turned in as evidence. Detective DeSpain called and spoke with Harris County Medical Examiner Investigator Bethany Bless. Bless was aware of the death as she was notified by Memorial Hermann Hospital. Detective Despain relayed the circumstances to Investigator Bless and she stated the medical examiner`s case is ML15-0252. On 01/19/2015,

Detective Despain spoke with Harris County Medical Examiner Dr. D. Johnson who conducted the autopsy on Coverdale. Dr. Johnson stated the results of the autopsy were inconclusive. Dr. Johnson she would be waiting for toxicology and additional microscopic testing before a final opinion is rendered. The Pearland Police Department case number is 15000547. In a saner world Sabra Lynette Coverdale is remembered as a very successful and generous woman: Sabra Lynette Coverdale of the Shinnecock Indian Nation died on January 18 at the Memorial Hermann Hospital in Houston, Texas. She was 52.

Ms. Coverdale was born November 15, 1962, to Berry Ann Boxley and William David Coverdale in Chestnut Hill Hospital in Philadelphia. She attended Germantown Friends School from kindergarten through graduation. In 1979, at the age of 16, she was accepted to Cornell University in Ithaca, where she earned a bachelor's degree in mathematics with a minor in computer science. She later went on to attend the University of Pennsylvania, The Wharton School, in 1986, earning an MBA in entrepreneurial management and strategic planning. Her career as an information technology and services specialist landed her a summer position with Compaq, which then became a full-time job in 2000. With that, she was then able to move to Hewlett-Packard in 2002 and continue with a career in corporate America until 2009. During her career she was able to travel to many exotic locations including Africa, Asia and Europe, an opportunity she relished.

Survivors said Ms. Coverdale later embarked on a different kind of voyage when she announced that she was expecting her first child, Blake Taylor. Two years later she revealed that she was expecting a second child, Brent Taylor. She took pride in her appearance and carried herself with style and grace. Survivors said that when she entered a room her pleasant personality was felt and her infectious smile brightened her surroundings.

Ms. Coverdale was proud of her Shinnecock heritage, was very passionate about youth, and supported higher education and cultural enrichment. She contributed yearly to the Shinnecock Nations Youth Council in memory of her father, the late William “Bunky” Coverdale, who was an advisor to the council. With her generous endowments, the young council members were able to travel yearly to the National Unity conferences throughout the country. She also donated computers to Southampton Day Care, which her children attended.

Ms. Coverdale was predeceased by a sister, Stacey J. Coverdale, and her father, William D. Coverdale. She is survived by her sons, Blake Taylor and Brent Taylor, and their father, Ollie Taylor; her mother, Berry Ann Boxley; three sisters, Sabrina Bess, Selena Coverdale and Shari Holloway; a niece, Chenoa Curry; three nephews, Christopher Jenerette, Kendel Jenerette and Seth Holloway; and many cousins and friends. A viewing and funeral service were held on Saturday at the Shinnecock Presbyterian Church with the Reverend Michael Smith officiating. Burial followed at Shinnecock Cemetery. Funeral arrangements were under the direction of the Brockett Funeral Home in Southampton.