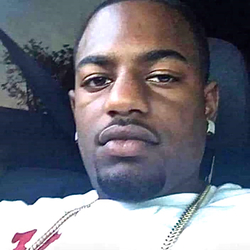 Video of the entire incident, which happened in roughly 50 seconds, was as shocking as many police brutality cases that have gone viral in the US. But the killing of the 24-year-old father of three barely made the news.

“Nobody deserves to be treated like that,” Tommy Twyman, Ryan’s mother, said on a recent afternoon, recounting how her son liked to talk to her on the phone once a day, always a true “mama’s boy”. He loved sheltering dogs and dreamed of becoming a veterinarian, she said. “You took something that I’m not gonna ever get back. You robbed me.”

‘They came to assassinate’

It was 7.30pm on 6 June when two LASD deputies drove up to the apartment complex in Willowbrook in south LA, a mile-and-a-half from Twyman’s home in Compton. It was still light out when two deputies got out of the car, with guns pointed at a parked Kia, according to surveillance footage releasedby the department, which did not include audio.

As the men approached on either side of the vehicle and opened one of the doors, the car appeared to reverse. Both deputies opened fire and continued shooting from a distance as the car rolled. One deputy returned to his vehicle, opened the trunk, grabbed a larger rifle – and continued shooting at the unmoving car in the distance.

Within roughly 30 seconds, the men had fired a total of about 34 rounds at Twyman in the driver’s seat, and a 22-year-old man in the passenger seat.

The sheriff’s department released the footage with lengthy narration that presented Twyman as a criminal and a threat.

“The vehicle was used as a weapon,” said the commander April Tardy, claiming one of the deputies was “struck” by the car door as Twyman “accelerated” the car in reverse, though in the video, the officer does not appear to be hit or lose his balance. He began firing, the captain continued, to “avoid being knocked down and run over”.

Twyman, who was shot in the upper torso and pronounced dead on the scene, was “under investigation” for illegal possession of weapons, and on probation after a gun possession conviction, Tardy said, adding that the department had been seeking to arrest him. She did not accuse him of any acts of violence. After the deputies finished shooting, they found no weapons in his car.

Letitia Lynex, Twyman’s aunt who lives nearby, rushed to the scene when she got word that something had happened. She said one officer initially told her a “deputy was down” and refused to provide more information, saying: “Google it.” Eventually, a crowd formed, demanding answers, prompting some officers to “draw their guns down on us as if we were criminals”, she said.

Twyman remained lifeless in his car for hours as his relatives showed up trying to figure out what happened. Police have continued to mistreat the family by driving past their house in Compton, stationing themselves outside during a family gathering, and showing up at the funeral, the relatives said.

They were also blindsided by the public release of the video, waking up to the horrifying footage on the news and their social media feeds. Tommy rushed to the bathroom to avoid seeing it as others viewed the final moments of his life.

She still can’t bring herself to watch it.

Twyman is one of the more than 500 people who have been killed by on-duty officers in LA county or died in custody since 2013. That’s according to Black Lives Matter LA, which maintains detailed spreadsheets tracking deaths at the hands of local law enforcement.

Advocates hope a new landmark law in California, which dictates that police should only use deadly force when “necessary”, will prevent this kind of death in the future. Current standards allow police to use deadly force whenever it’s “reasonable”. The footage suggests the killing was unnecessary, said Joanna Schwartz, a University of California, Los Angeles, law professor. “Could it have been avoided? It seems like the answer is yes, in about 50 different ways.”

Departments need to enforce their policies restricting officers from firing at fleeing people, so that they face serious consequences when they violate the rules, addedsociology professor Alex Vitale.

Otherwise, he said, officers would keep killing with impunity – and return to the streets.