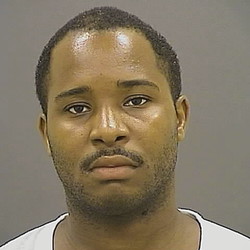 32-year-old Ryan Quinn Martin was killed in an exchange of gunfire with Baltimore police on Wednesday night, November 11, 2015 — in which an officer also was shot. Police said officers fired their weapons at Martin during the exchange of gunfire about 7:45 p.m. in the 3700 block of Oakmont Ave. in Northwest Baltimore. He said the officers were part of the Special Enforcement Unit and were conducting an unrelated investigation in the area when Martin opened fire on them, striking one of the officers. Both officers returned fire, hitting Quinn, Smith said. He was pronounced dead at a hospital.