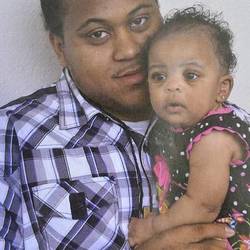 On July 28, 2013, as the Power & Light District was wrapping up a weekend night of revelry, a Kansas City police officer fatally shot 24-year-old Ryan Stokes as he stood by a red Monte Carlo in a downtown parking lot.

Police were called to the area of 13th and Grand around 3 a.m.. When officers found Stokes, he ran off. When officers were able to catch up with him, he showed a gun to officers.

"When he failed to drop it after being ordered to do so by an officer, that officer shot him," a news release said.

Stokes was taken to the hospital where he was pronounced dead.

Friends of Stokes say they saw him throw down his gun just before an officer shot him.

The friends, who were running behind Ryan L. Stokes just before the shooting took place in a parking lot, also say they didn’t hear officers near them giving Stokes any warning.

Kansas City police said they interviewed independent witnesses who confirmed that the officer who fired and his partner were yelling at Stokes and a second man to “stop” and “drop the gun” just before the shooting.

A second gunman, Kenneth L. Cann, 24, hid his gun under his car and surrendered to police just before 3 a.m.

But Stokes, who was near a different car, ignored an officer’s repeated demands to show his hands, said police Capt. Tye Grant. The officer saw Stokes running with a gun toward other officers and believed Stokes still had the gun when he fired at him.

Police later concluded that Stokes had thrown his gun into another friend’s car before he was shot. The officer fired three times and Stokes appeared to have been shot twice, police said.