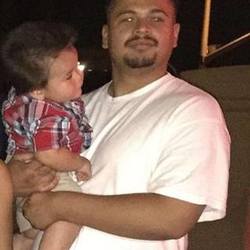 Ryan Christopher Rodriguez, 21 was shot and killed Wednesday morning, October 21, 2015 as officers attempted to arrest him on domestic violence charges in West Goshen. Two officers were participating in a multi-agency domestic violence sweep in Tulare County when they attempted to serve an arrest warrant in the 5000 block of Avenue 309 in West Goshen, the Tulare County Sheriff’s Department said. Rodriguez ran from officers, who chased and caught him, the sheriff’s department said. A physical altercation ensued, resulting in the officer-involved shooting.