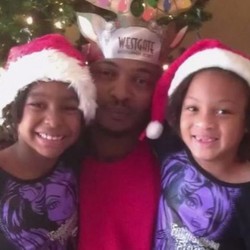 Rumain Brisbon, 34, was shot to death in Phoenix when a police officer apparently mistook his bottle of pills for a gun. On a Tuesday evening, a white police officer who was feeling threatened used lethal force on an unarmed black father of four. The incident left the officer unharmed and Brisbon, dead with two bullet wounds in his torso at a north Phoenix apartment complex. Phoenix police quickly released a detailed account of the killing for the media on Wednesday morning in what officials said was an effort to promote transparency, especially in light of the unrest that has played out in Ferguson and New York City following the deaths of unarmed black men at the hands of white officers. But portions of that account have been challenged by some witnesses and community activists who say that the officer's use of force was excessive and that Brisbon's death was unwarranted.

Shortly before 6 p.m. MT on Tuesday, officers were in the area of Interstate 17 and Greenway Road for a burglary investigation when a resident of an apartment complex told them that men inside a black Cadillac SUV were engaged in a drug deal, said Sgt. Trent Crump, a Phoenix police spokesman. According to the police account, the officer went to the SUV to ask questions of those inside. The officer said the driver, later identified as Brisbon, got out and appeared to be removing something from the rear of the SUV. The officer told Brisbon to show his hands, but Brisbon stuffed his hands into his waistband, Crump said. The officer drew his weapon and Brisbon ran toward nearby apartments, Crump said. A short foot chase ensued, and a struggle during which the officer mistook a bottle of pills for a weapon and fired two shots, killing Brisbon.

An investigation by the Maricopa County attorney’s office concluded that Officer Mark Rine had good reason to think his life was in danger and determined that Rine would not be charged in the case.