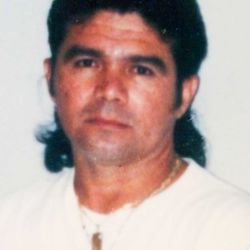 A man killed by a Houston police officer had his hands in the air when he was fatally shot, witnesses said, disputing the official account of the incident.

Houston Police Department officials said Rufino Lara refused officer J. McGowan's commands in Spanish and English to stop when she spotted him walking away while she was investigating an assault Monday afternoon. He kept one of his hands tucked under his shirt, police said. When he turned around suddenly with his hand still under his shirt, McGowan shot him once, killing him, police said.

The ACLU of Texas adds THIS:

“Houston Police Chief Charles McClelland has asked for the public to withhold judgment about the shooting. The right of Texans to record police activity in a manner that does not interfere with police work is an important protection against abuses of power by the government. The behavior of some members of the local police department might be less suspect if officers showed more respect for the Constitution, and, in this instance, the First Amendment.”