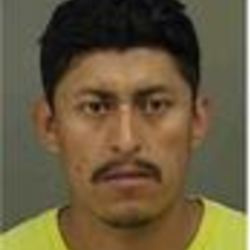 New details from officials in the investigation of a deadly officer-involved shooting Wednesday night indicates that a communication barrier escalated the situation that led to the death of 29-year-old Rueben Galindo.

Officers responded to a 911 call for an armed man at the Hunters Pointe Apartments on Prospect Drive just after 9 p.m Wednesday. When officers arrived, they found 29-year-old Rueben Galindo, who officers said was armed. The officers issued multiple commands for Galindo to drop his weapon. When he refused to drop the weapon, officers perceived an imminent threat and shot him, according to CMPD Chief Kerr Putney.

According to CMPD, Galindo’s demeanor and vague responses made it difficult for the Spanish speaking interpreter to determine what specific issue he was calling 911 in reference to.

CMPD said in a press conference Thursday the two officers involved in the shooting were Officer Courtney Suggs and Officer David Guerra.

"He has his hands in his waistband, they (the officers) began giving him verbal commands to raise his hands. At some point, one of his hands is raised, they see a gun — a handgun," Putney said. "They perceived a lethal threat that's imminent, and at least two officers, we know of right now, fired their weapons."

Medic pronounced Galindo dead on the scene, CMPD said. Per department protocol, Officer Suggs and Officer Guerra were placed on administrative leave. Suggs had been employed with CMPD since December 2014 and Guerra since April 2013.

Galindo stated that he had been consuming alcohol and gave conflicting statements concerning whether he had also taken drugs during his 911 call conversation with the Spanish speaking interpreter.

A toxicology report is still pending.

NBC Charlotte obtained dispatch audio of the moments before and after the shooting.

As officers were heading to the apartment complex, a dispatcher can be heard saying,"Any Spanish-speaking officer that could assist North Tryon on an armed person call?"

After Galindo was shot, an officer can be heard saying to dispatch, "Reference, the suspect is [sic] not moved since we fired."

According to court records, Galindo was supposed to appear in Mecklenburg County court this coming Monday to face a previous charge of misdemeanor assault by pointing a gun.

Investigators recovered the handgun Galindo was allegedly holding at the time of the shooting from the scene. Both officers involved were taken to Carolinas Medical Center University for treatment and are believed to be okay. Galindo's family has been notified of his death.

Charlotte Mayor Jennifer Roberts tweeted a statement early Thursday in response to the shooting, saying city officials are working with law enforcement to ensure a thorough investigation of the incident.