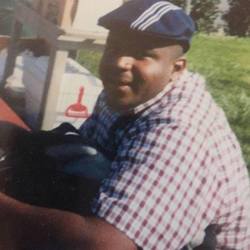 Cause of death: Response To Medical Emergency

Hayward California police said that at 1:08 a.m. on Saturday, December 19, 2015, officers responded to the 2500 block of Ironwood Court on a report of a man police identified as Roy Nelson needing an emergency mental health evaluation. After arriving, officers found the 42-year-old Hayward resident, determined he needed an involuntary psychiatric hold and put him in the back of a police car, police said. On the way to the hospital, Nelson allegedly tried to kick out the car's rear window. He was taken out of the car, placed in a leg restraint and suffered a medical emergency, police said. Police and Hayward Fire Department crews attempted to revive him but were unsuccessful. He was taken to a hospital, where he was pronounced dead. The type of medical emergency Nelson suffered was not yet released. The Alameda County Coroner's Office will determine his cause of death. The Police Department is investigating the death because it occurred while in police custody, a department policy.