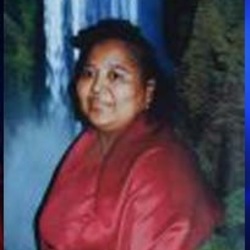 Rosa E. Flores, 50, was shot once in the chest on Nov. 1, 2013, as she stood up from her seat on her son's couch, according to police reports. Flores, who is described by her family in court documents as mentally-ill, was brandishing a kitchen knife when the officer fired the fatal shot.

Officers responded to a disturbance at a private residence. Rosa Lopez had been threatening her family with a knife. When officers arrived Rosa Lopez was still in possession of a 7inch fixed blade knife. Numerous commands were given for her to put the knife down. Rosa would not comply and a TASER was deployed but it was unsuccessful in incapacitating Rosa. The officers continued to give commands to put the knife down as Rosa was standing with the knife in her right hand. After a series of commands to put the knife down Rosa stated, "Aint no fucking way" and raised the knife toward one of the two officers. This officer fired 1 round from her duty weapon striking Rosa in the hand, forearm, and chest. Rosa continued to hold the knife briefly before collapsing onto the floor and died.