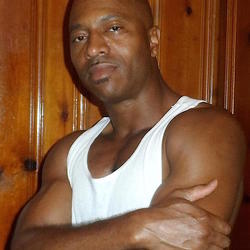 A man suspected in a string of dollar store robberies and later identified as Ronell Wade, 45, was shot to death by police outside a church in south suburban Harvey on Sunday afternoon. About 2:30 p.m., Harvey police responded to an armed robbery at Family Dollar at 15901 S. Halsted St. and spotted a man running from the store with a gun in his hand, police spokesman Sean Howard said. An officer from neighboring Phoenix then saw a person matching the suspect’s description in a parking lot near 158th and Union, according to Illinois State Police, who are investigating the officer-involved shooting. The Phoenix officer got out of his vehicle, and shots were fired at him, State Police said. The officer returned fire.