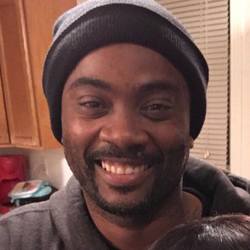 According to the police department, the deadly police shooting started when an officer stopped a man riding his bike near Marin and Florida streets about 7:40 p.m. and said the man ditched his bike and took off running.  According to a relative, police were called after a call of a domestic dispute between the man and his girlfriend.

The officer chased after that  him and caught up with him about a block away. That’s where what authorities describe as a "violent physical struggle."

During that altercation -- the officer fired his gun -- striking the man who ultimately died at the scene.  Lt. Kenny Park later updated the police account of what happened, but refused to return at least two phone calls from KTVU seeking further clarification.

In the department news release, police said that the officer involved deployed his Taser, but it was "ineffective." It was at that point that the suspect "managed to forcibly take away a metal flashlight from the officer and armed himself with it, presenting it in a threatening mannger."

The officer, Park said, "fearing imminent and serious physical harm," then fired his gun in self-defense.