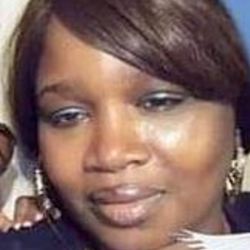 Thirteen minutes after a Beaufort County Sheriff’s deputy chased a Mercury Sable at speeds reaching 95 mph, the Sable collided with another vehicle Sunday night, killing a woman and injuring a child in that car, a Sheriff’s Office report says.

Ronda Lashawn Brown, 48, of Beaufort was identified Monday by the Beaufort County Coroner’s Office as the victim.

Deputies were called to the crash at S.C. 170 and Savannah Highway in Beaufort, about 4 miles from where the deputy stopped pursuit.

Witness statements say the Sable was driving at an excessive speed and accelerated through a red light when it struck a white Nissan Maxima.
The Nissan flipped and caught fire, killing a woman and injuring a boy about 6 or 7 years old, the report says. The child was entrapped in the car.

The 44-year-old driver of the Sable, the sole occupant, also was injured and entrapped. He and the child in the Maxima were being treated at Medical University of South Carolina in Charleston, where their conditions are unknown, a Port Royal Police Department release says.

The Port Royal Police Department is leading the investigation.

The Sheriff’s Office report says a deputy smelled “the odor of consumed alcohol emitting” from the driver of the Sable. It also noted the driver’s speech was slurred and that his eyes were bloodshot and “extremely” glossy.