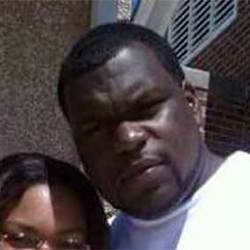 Neighbors and family members say Ron Sneed, 32, was arguing with his longtime girlfriend when an officer who was investigating a disturbance call kicked in the door and began firing his weapon. Relatives also tell us Sneed has been in trouble in the past and has been in jail, but they claim he was doing nothing wrong and was unarmed when a Freeport officer shot him four times and killed him. "My son, he was a person and not a dog," said Sarah Sneed Bass, the dead man's mother. "They shot him down four times in the head. That, to me, that was assassination by the police." Police say that's not exactly what happened. They say when the officer entered the apartment, he saw Sneed pointing a gun at his girlfriend's face.