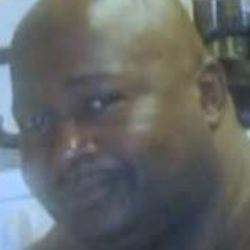 Mr. Singleton was cursing and screaming in the rear seat of a taxi cab when the driver flagged down a police officer at the corner of East 51st Street and Fifth Avenue near St. Patrick’s Cathedral, the authorities said. Mr. Singleton then lashed out at the officer and tried to fight him after leaving the taxi, the police said, prompting officers to call for backup and members of a special unit to restrain Mr. Singleton by placing him in “a protective body wrap.”

Mr. Singleton was not placed under arrest, the police said, but was taken away as an emotionally disturbed person by emergency medical personnel. He went into cardiac arrest in the ambulance and was pronounced dead at St. Luke’s-Roosevelt Hospital, the police said.

In declaring the manner of death a homicide, the medical examiner’s office is not suggesting a crime was committed, but is stating its conclusion that the intervention of the police played a role in the death.http://www.nytimes.com/2014/08/30/nyregion/death-of-man-in-police-custody-ruled-a-homicide.html?_r=0