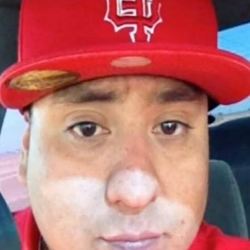 Cabral's older brother, Alfredo Conchas, says his family is angry because of the way they got the devastating news.

"If he was killed by an officer they should have just been honest with us and let us know from the get-go. And I shouldn't have found out about this through email," said Conchas.

He tells Action News the family got word early Saturday morning from Avenal police that Cabral was dead. Initially he says Avenal PD told his family Cabral was killed in a car accident. That information later changed when they spoke to CHP investigators, who said that someone hit Cabral with their car. Then finally they learned hours later he was struck and killed by a Visalia police officer, when they saw an online news article.

When we spoke with the different agencies involved in this case, including the CHP, Avenal PD and Visalia PD, they told us there was no intention for information to be withheld from the family. Each agency is simply doing their part in the investigation to get more answers regarding the accident.http://abc30.com/news/man-struck-killed-by-visalia-police-car/376708/