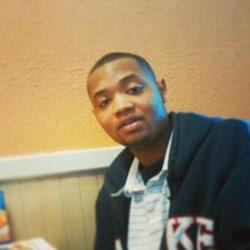 A Department of Veterans Affairs officer shot and killed 23-year-old Rodney Walker. Tulsa Police say the officer first stopped to help after seeing Walker and his girlfriend fighting. Things quickly escalated, and police say when that officer saw Walker grabbing for a gun in his waistband - he responded by firing shots. Rodney Walker's girlfriend Quinteisha Rice says the shooting never had to happen. It all unfolded along West 11th Street three nights ago. Rice and Walker had been arguing, but she says by the time Veteran Affairs Officer Andrew Bryiant stopped to help, the couple's fight was over. "As soon as he got out of his car he had the gun pointed at Rodney. Rodney was trying to walk away. Our argument was over. We were already separated when the officer got out of his car," Rice said.