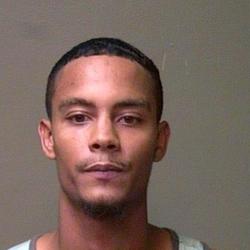 According to Oklahoma City police Rodney Turner was hsot and killed by police when police were called to the scene of a home invasion in Oklahoma City. Around 8:20 p.m. , officers were called to reports of a burglary at the Crestpark Apartments near N.W. 42nd and Portland. When officers arrived, one police officer, Ofc. Shawn Callaway, engaged with one of the suspects, who they later identified as Rodney Turner, 22. That is when police say Turner grabbed the officer’s rifle and attempted to disarm the officer, police say. Police say Turner was also armed during the struggle. Ofc. Callaway was eventually able to draw his sidearm and fire at Turner, who then took off running before dying nearby.