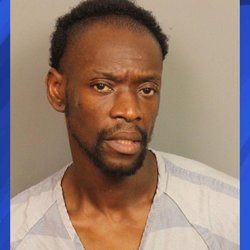 Officials say 35-year-old Roderick Wilson of Pinson was shot and killed by police after wounding the officer, Cullen Stafford.

Stafford was shot multiple times and is recovering from surgery.

The gunfire began after police were called to a robbery at a small grocery store.

Al.com reports that Wilson had been arrested on more than half-dozen charges over the past decade, mostly recently just two weeks ago. He was accused of pulling a knife on sheriff’s deputies during an arrest in 2017.