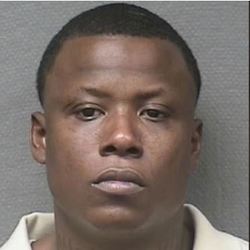 A man was pronounced dead Tuesday, three days after he was Tasered by Houston police officers during a confrontation at a pharmacy.

Roderick Ronall Taylor, 42, was pronounced dead at a hospital on Tuesday, according to the Harris County medical examiner's office.

Taylor was shocked with a Taser on Saturday after reportedly fighting with two police officers and grabbing for one officer's duty belt, according to a news release from the Houston Police Department.

His wife, Charneeda Dabney Taylor, said Thursday that her husband was a devoted father of two who was "not aggressive, not the person they're making him out to be." She questioned whether officers had told the whole truth and said she would await the medical examiner's full autopsy report.

Stun guns such as Tasers provide police officers with a less-lethal alternative to their handguns, supporters say, but they sometimes leave people injured or may contribute to their deaths.

Saturday's incident began about 6:40 p.m. when police responded to a welfare check at a CVS pharmacy in the 4400 block of West Fuqua, in southwest Houston. When officers arrived, Taylor was being treated by Houston paramedics who then released him, according to a police account.

Taylor also fought with a second officer who arrived, according to the detective's account, prompting the first officer to use a Taser, which delivers a powerful but generally nonlethal shock. Officers then were able to handcuff Taylor and call paramedics back to the scene. One of the officers was treated at the scene for a cut to the eye and scrape on the arm.

Taylor then became unresponsive and was taken to the Southwest Memorial Hermann Hospital.

His wifesaid she did not know what had happened to him until the hospital called her on Sunday. She said Saturday was their daughter's birthday.

Several days passed before police learned that Taylor was on life support and on critical condition, according to the release. He was pronounced dead on Tuesday.

Dabney Taylor said Houston police detectives came to speak with her at the hospital. She said they only told her about the Taser use when she asked what happened to him.

"I was by his bedside and I was thinking it was because his kidneys and liver weren't functioning," she said. "I never knew he got tased."

She remembered her spouse of 14 years as a good person, husband and father to his 12-year-old daughter and 22-year-old son.

"He had a good heart," she said. "He would give you whatever he had. ... He was a wonderful father to his two children." He would spend time with them at a park and, if he wasn't home one night, he would call to ask his young daughter about her day at school.

Dabney Taylor said the family has not finalized funeral arrangements.

If the stun gun caused or contributed to Taylor's death, it would not be the first such incident in the Houston area.

Herman Rochan Barnes, 31, died after he was stunned 32 times by three Harris County deputies who entered his home in October 2006.

Jamaal Ray Valentine, 27, died in 2009 when his heart stopped in an ambulance after he was shocked during a confrontation with a La Marque police officer.

The police news release said Houston Police Department homicide detectives and Internal Affairs officials would investigate the incident, because "when an individual dies in the presence of an HPD officer, the incident is considered an in-custody death."