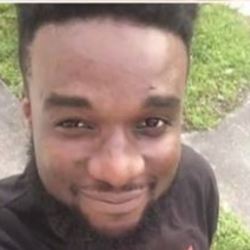 Local DJ Robinson Lazard, affectionately known as DJ Styles, sadly lost his life after the vehicle he was traveling in Sunday morning was struck by a car that was fleeing from police.

Local DJ Robinson Lazard, also known as DJ Styles, sadly died after the vehicle he was traveling in Sunday morning was struck by a car that was evading police.

The incident happened around 4 a.m. near NW 135th Street and NW 22nd Avenue. Mr. Lazard and another area DJ were in a silver Ford Mustang, returning from gigs, when their vehicle was slammed into by a Dodge Charger. One of the victims was ejected from the vehicle.

Miami-Dade police were reportedly pursuing the Charger at the time of the incident.

Sadly, Mr. Lazard, as well as the other DJ, succumbed to injuries at Jackson Memorial Hospital’s Ryder Trauma Center.