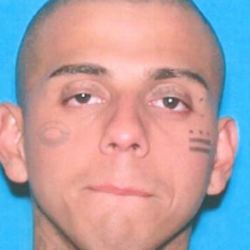 Around 3:15 p.m., a sudden volley of gunshots that sounded like firecrackers being set off in a trashcan were heard. Residents took off running in both directions. After 20 months of relative quiet, Anaheim police shot a man dead. "During the search of the original suspect in the original shooting, officers found him," Lt. Schmidt told the Weekly. "The suspect shot the K-9, also shot at the officers and the officers returned fire."

An ambulance left the area, but without its sirens on. The reason was clear.

"He has not been transported," Lt. Schmidt said of the downed suspect. "I can confirm that he's dead on the scene."