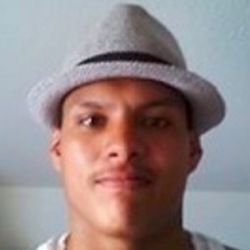 Orange County officers’ bullets have claimed the life of another young man this year. 23-year-old Robert Villa was shot and killed by Tustin police officers on Monday morning in front of the Casa Cortez Apartment Homes located in the 1412 block of Nisson Road in Tustin.

The Tustin police department claims in a statement that they were on site following a “family disturbance” call at approximately 11:35 a.m. in the nearby 1400 block of Nisson Road. Officials have only stated that they were “confronted with a male adult suspect armed with a knife.“

Robert’s name was not released the day he was killed.

Villa’s cousin, Vicenta Hernandez, confirmed Robert’s identity and explained in a statement through a social networking medium that her cousin had “been shot four times” in front of Villa’s mother, Leticia.

She adds, “ The Tustin PD should have took different actions to put my cousin down he had an unknown object in his hand and I believe being shot four times in front of his mother is wrong in every single way, I want justice and want people to know my cousin wasn't a bad person he was smart and very friendly and we'll know I'm sure there's is a lot of people that will be doing what I am doing. He left his son behind and was only 23 years old I do not believe he was harm to anyone. Please, please open your hearts to my story, put your selves in my shoes and do the right thing. “