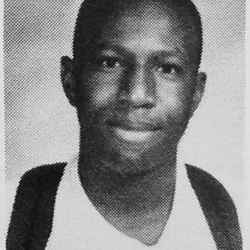 Officer Anand Badgujar, a two-year Montgomery County veteran, was driving his police car the afternoon of June 11 when he saw Robert Lawrence White, 41, walking in the area of Three Oaks Drive near Sligo Creek Parkway. The officer thought White was acting suspiciously, police officials have said, and got out of his car, followed White on foot and tried to talk to him.

The department has not said specifically what White was doing that drew the officer’s attention.

Video recordings of the encounter were captured by body cameras worn by Badgujar and a second officer who came to his assistance. That footage, police said, is expected to be released this week after police commanders meet with White’s family members.

According to earlier accounts by Montgomery officials, it was after Badgujar called out to White that White became combative and assaulted the officer. Badgujar got away from White, kept him in sight and called for assistance, police said. More than a minute later, White came at the officer again, officials said, causing Badgujar to back up.

“White knocked him down as the officer discharged his weapon,” Montgomery police officials said in a June 12 news release. “White fell, got up, stood over the officer who was still on the ground, and continued to assault the officer, at which time the officer fired additional rounds.”

The fatal shooting was one of two by Montgomery County police officers in a span of six weeks.

According to prosecutors who reviewed the encounter, the Montgomery County police officer’s actions were legally justified when he repeatedly and fatally shot an unarmed man who attacked him in a Silver Spring parking lot last month.

“We have, unanimously, concluded that [the officer’s] actions were justified under the circumstances,” Howard County State’s Attorney Dario J. Broccolino wrote in a brief letter, released Monday, stating that he was closing the case, which had been transferred to his jurisdiction.

On April 4, 2019, the Montgomery County Police Department also cleared the patrol officer of wrongdoing in the fatal shooting of White in the prior summer, the officer’s lawyer said, while some lawmakers and officials continued to question why the man was stopped and whether the officer was slow to activate his body camera. The findings of the department’s internal investigation, which examined whether Officer Anand Badgujar followed police department policies, follow conclusions last summer by Howard County prosecutors, who cleared Badgujar of any criminal wrongdoing.