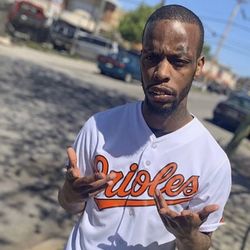 A parking lot disagreement over a fender bender preceded a call to Baltimore County police, who subsequently shot and killed a 29-year-old Owings Mills man on May 16, according to family who witnessed the event.

Robert Johnson Jr. was celebrating his cousin’s 15th birthday at the Cove Village Townhomes in Essex, when Johnson dented a neighbor’s vehicle while trying to park. Johnson told the man he would pay for repairs, relatives said, but the discussion became argumentative. The neighbor eventually called police, reporting that Johnson was armed.

According to police, officers were responding to a 911 call about “a nuisance related to a large crowd of people” at the complex. The department said the crowd had “mostly dispersed” by the time police arrived.

The department’s initial release on the incident stated “the first arriving officer was confronted with an armed suspect and discharged his weapon.”

Johnson died after he was taken to the hospital.

The department later said an officer had approached Johnson’s car, and when Johnson exited his vehicle a “gun fell to the ground in plain view of the officer,” according to Officer Jennifer Peach, a county police spokeswoman.

On Friday, the department identified the officer involved in the shooting as Police Officer First Class Knight, a 24-year veteran assigned to the Essex Precinct with no prior officer-involved shootings. The department typically does not provide first names of officers, citing an agreement with the police union.

Knight is on administrative leave. Freddie Jackson, Johnson’s 20-year-old brother, also was shot, and police said he was released from the hospital this week.

Alexis Jackson, a cousin of Johnson’s, said Johnson’s car was parked roughly 150 feet away from her home when an officer drove into the parking lot and approached him Saturday night. Jackson’s mother, LaKisha Chase, said she and other children were outside as Johnson exited the car with his hands up.

Jackson, who was outside when officers approached Johnson, said shots were fired as soon as she heard Johnson’s gun hit the pavement. Johnson ran toward the house before he was shot and fell in front of a neighbor’s home, Jackson said.

Baltimore County police shoot 2 people, 1 fatally, after nuisance call to crowded parking lot in Essex »
Officers recovered a gun at the scene, Peach said, and have body camera footage from the confrontation. The department has declined to release the footage.

“It was senseless,” Chase said. “They didn’t have to shoot him like that.”

Johnson’s younger brother, meanwhile, was inside their home with several children who watched the incident from their front window, relatives said. Freddie Jackson was trying to escort the children upstairs when one of Knight’s bullets pierced the door frame and hit the 20-year-old in the leg, relatives said. The children carried the man upstairs and applied a tourniquet to his leg using a T-shirt, Chase said.

Chase and Jackson described Johnson as a “fun” father-to-be whose “code” was “family first.” The family said Johnson had a prior criminal record. They asked why police immediately used a gun rather than a stun gun.

“He wasn’t even a threat, he dropped the gun,” Jackson said. “Y’all shot where kids were around. Y’all didn’t go by the protocol and the right procedures. They just got out of their car and started shooting.”

The relatives said they have hired a lawyer.

Police usually do not comment on active investigations, but Sgt. Vickie Warehime, a spokeswoman for the department, said police identified Knight because he was the only officer who fired his weapon.

“As we continue to investigate, we still have our information to compile along with a review by the State’s Attorney’s Office,” Warehime said Friday.

The incident marks the latest incident of officer-involved deaths in the county. In January, police opened an investigation into an incident involving officers and Gamel Antonio Brown, who died after officers used a Taser stun gun on him. Police said he went into cardiac arrest after he was taken to a hospital.

The department also is reviewing the fatal shooting of Eric Sopp during a traffic stop last November. Officers also shot and killed 24-year-old Emanuel David Oates at a Randallstown grocery store Februaryv 2019 after he pulled out a machete, causing the officers to draw their weapons.

June 2020 No charges for killer cop