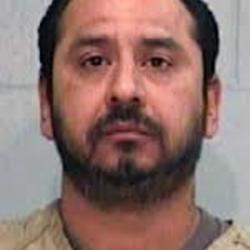 Robert Humberto Medellin, who state records list as living at 821 W. 65th St., died at Medical Center Hospital on Sunday afternoon, where he was sent with gunshot wounds suffered when he was shot by deputies. Sgt. Gary Duesler, the sheriff’s spokesman, said Medellin began “charging” at deputies with a knife in hand after a vehicle pursuit and ignored commands to drop the weapon before the shooting. No other injuries were reported. Ector County Sheriff Mark Donaldson, who said the shooting appears justified, said his deputies fired 11 shots, although the sheriff was unsure where the bullets struck Medellin. The sheriff said Medellin was at most 15 feet away from the deputies when they shot him.