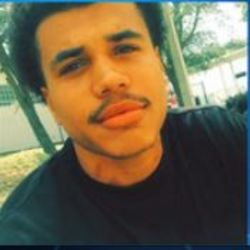 Police said Robert called 911 and told a dispatcher that he was armed and suicidal. Officers shot Robert when he began walking toward an appartment building with what they believed was an assault rifle and ignored commands to stop, authorities said. Investigators later said the gun was fake.

But for Majestic Oaks Apartment resident Flip Hudson, the officers may have been too hasty in firing their weapons.

“I felt like they should have let the sister holla at him,” said Hudson, who said he saw Dentmond’s sister trying to talk to him from the complex’s J building. “She could have got him to put the gun down.”

On September 15, 2016 the Alachua County grand jury issued a no true bill in connectioin with the killing of Dentmond. The grand jury found that Dentmond’s death was a result of the lawful use of deadly force and constituted justifiable homicide, the State Attorney’s Office said.