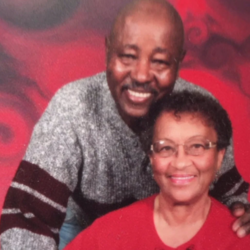 Sacramento police shot and killed 88-year-old Robert Coleman around 3 a.m. on Saturday September 12, 2020 after receiving reports of an armed suspect in the area, according to a statement made by the department Saturday morning.

Police said a man, who was later identified as Coleman and a former employee at the department, walked out of a vehicle stationed behind police near Merkley and Poplar avenues with a handgun and “a shooting ensued.” The type of handgun being carried by Coleman was not identified. It was also not stated whether Coleman actually did shoot at officers.

Officers requested emergency medical personnel to the scene who performed “life-saving measures,” but shortly after paramedics arrived, Coleman was pronounced dead. No other injuries, to officers or bystanders, were reported.

Police confirmed via the department’s Facebook page Sunday that all officers were wearing body cameras that were activated and recording at the time of the shooting. The footage is being reviewed as part of Davis police’s investigation and “will be released within the timeframe required by law.”

AB748 requires the release of recordings from body-worn cameras within 45 days of an incident. Prior to the passage of the bill, California did not have a consistent policy regarding the timeline for release of body cam footage.