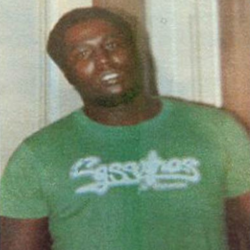 55 year-old Robert Brown was shot and killed by police in Albany, Georgia after police say he lunged at a police officer.

Albany police spokeswoman Phyllis Banks said the man stabbed the officer with an unknown object around 5 a.m. Wednesday, and the officer then shot him. Brown later died.

The Georgia Bureau of Investigation said in a news release late Wednesday that Brown lunged at the officer and struck him in the shoulder. The GBI hasn't specified the weapon, but said the attack caused "sharp force trauma." The agency described the officer's injuries as non life threatening.

The GBI said officers were dispatched to the neighborhood because Brown was acting suspiciously and throwing items onto the roadway.