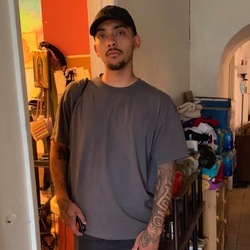 Robert Avitia, 18, was killed when deputies opened fire on him in the Westmont neighborhood Tuesday, officials said.

The incident occurred around 5:10 p.m. in the 1100 block of West 109th Place, between Budlong and Vermont avenues, Los Angeles County sheriff’s officials said in a news release.

According to the sheriff’s department, deputies approached a group of people in the area when one of them produced a gun, shot at deputies and ran off.

The Sheriff’s Department released few other details about the incident. It’s unclear how the confrontation began, or whether the man was armed.

No deputies were hurt, officials said.

The man died at the scene. Authorities did not say how many bullet wounds he sustained.

The investigation was ongoing, and no further details were immediately available.