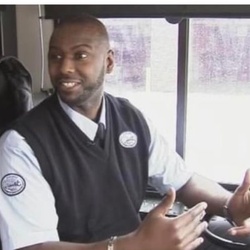 The shooting took place at about 2:45 p.m. at Parkway Drive and Sherwood Lane north of Crescent City.

Though law enforcement hasn’t released the subject’s name, he has been identified as Robert Anderson, who moved to the area from Michigan about seven months ago, according to his sister Latoya Anderson.

Robert Anderson was a father to three children, according to Latoya Anderson.

According to a CHP news release Friday, officers from the agency’s Crescent City’s office and DNSO deputies responded to a report of a disabled vehicle blocking the road and arrived to find a male subject holding a knife and walking in traffic lanes.

“The male subject advanced toward the officers and an officer-involved shooting occurred. The subject died as a result of the incident. There were no injuries to CHP or DNCSO personnel,” the news release states.