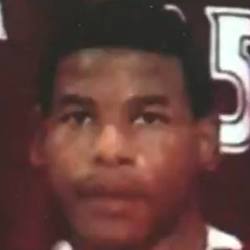 Ricky Javenta Ball, 33, was shot and killed by police in Columbus Friday night, October 16, 2015, after he ran from a traffic stop, according to police. The name of the officer is not currently being released. CPD Assistant Chief Tony McCoy referred all questions to the Mississippi Bureau of Investigation. According to police, at approximately 10 p.m. Friday, an officer attempted to make a traffic stop of a vehicle Ball was a passenger in. The vehicle did not adhere to the stop, and Ball jumped out and ran, Strain said. The officer pursued Ball on foot. Police saythey do not know what occurred between the time the officer pursued Ball and the time Ball was shot.

After the former CPD officer entered his plea Friday and was assigned his $20,000 bond, his lawyers vehemently defended their client to the press.

October 2016 A former Columbus police officer named as a defendant in a federal wrongful death lawsuit is now wearing a badge in Starkville.

Mayor Parker Wiseman introduced Garrett Mittan to the board of aldermen Tuesday as a new Starkville Police Department officer. Mittan, who worked for nearly three years for CPD, is accused in a lawsuit brought by the estate of Ricky Ball last week in the U.S. District Court of Northern Mississippi of planting a weapon at the scene of the October 2015 officer-involved shooting that claimed Ball's life.