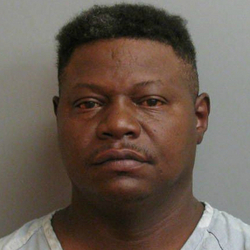 A Jefferson County jail inmate died today after a sheriff's  deputy used a Taser on him when he became combative with officers, according to a statement from the Sheriff's Office.

Ricky Deangelo Hinkle, 47, of Pleasant Grove fell to the floor and was unresponsive after the deputy used the Taser on him, according to the statement issued tonight. Efforts were unsuccessful by the jail's on-duty medical personnel and paramedics to revive him.