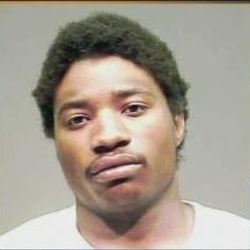 John Poulos said when he encountered Ricky Rozelle, he saw Rozelle trying to break into a building.

The man had a bag or sack over his shoulder and his hand on his waistband, Camden said, but repeatedly ignored the officer's commands to come down after he identified himself as an officer.

The man turned down a gangway and started to walk away but the officer told him there was no way out of that gangway, Camden said.

The man, in a dark gangway, grabbed his waistband and threatened to kill the officer while continuing to ignore the officer's demands to show his hands, Camden said.

The officer opened fire after the man grabbed his waistband, striking the man, Camden said. He died at the scene, and the officer was not injured.

At the time, Poulos was off-duty.  A review conducted by the

They found Rozelle threatened to kill the officer and turned toward him with a shiny metallic object. Investigators never found a weapon on or near Rozelle’s body.

A suit aginst the officer and the city is still pending as of November 2016.