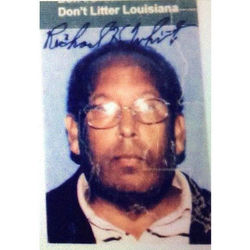 Richard White, 63, was carrying six homemade explosives when he attacked agents at the airport with wasp killer spray and a machete. He had a history of mental illness, officials said. The machete-wielding man who was shot by police when he attacked security agents at a New Orleans airport on Friday has died in hospital, police said on Saturday.

Authorities deemed the shooting justifiable, concluding that Lt. Heather Sylve of the Jefferson Parish Sheriff's Office adhered to her training and had no alternative but to use deadly force to stop the attacker.