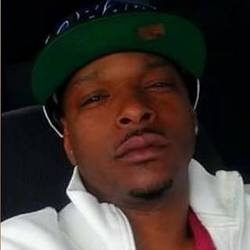 Officers responded about 11:30 p.m. to a call of the domestic battery in the 4600 block of West Adams, according to a statement from police.

A 24-year-old pregnant woman had been shot in the abdomen and was taken to Stroger Hospital in serious condition, police and Chicago Fire Department officials said.

The suspect, identified as 33-year-old Richard Grimes by the Cook County medical examiner’s office, left the scene but ran into officers in the first block of North Kenton, where he fired a handgun at the officers before running away, police said.  The officers chased Grimes and a perimeter of the area was established.

Grimes was spotted again in a gangway in the 4500 block of West Washington, where he again shot at the officers, authorities said. The officers returned fire, striking him.

Grimes was taken to Stroger Hospital, where he was pronounced dead at 12:20 a.m. Monday, according to the medical examiner’s office. He lived in the 4600 block of West Adams, the same block where officers initially responded. An autopsy was not performed Monday.

A weapon was recovered at the scene, police said.

The officers involved in the shooting will be put on desk duty for 30 days per CPD policy. The Independent Police Review Authority is investigating the use of force.

The incident marks the fourth time in less than two weeks that someone was shot by a member of the Chicago Police Department.