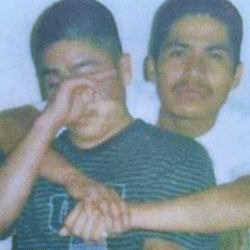 Ricardo Diaz Zeferino was killed on June 2, 2013, when Officers responded to a call about a stolen bicycle at a CVS store in Gardena California, according to court documents. In the video recorded by police car mounted cameras, police order three men to put their hands up, and all comply. But one man, Ricardo Diaz Zeferino, appears confused. He walks back and forth, putting his hands down and back up. Police give another order, and Diaz Zeferino takes the cap off his head and lowers his arm. That's when the barrage of gunfire starts. Diaz Zeferino was killed. One of the men standing next to him, Eutiquio Acevedo Mendez, was also shot but survived.

The Times explains how the city arrived at the $4.7 million settlement for the death of Diaz-Zeferino and the wounding of Eutiquio Acevedo Mendez, and looks at the differing interpretations of what happened in the 27 seconds before officers opened fire. And whether the shooting could have been avoided.

Meanwhile, a writer on City Watch calls the video a damning and graphic look at the cold-blooded shooting of an innocent man.

And yet, the three officers who opened fire on the unarmed brother of a bike theft victim haven’t been charged — or even disciplined — and are still patrolling the streets.

May 2015 Police refuse to release video to the public