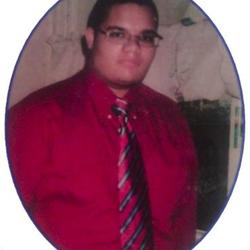 Police were called to 902 Hart St. yesterday for a dispute between a tenant and landlord. When officers arrived, they say 22-year-old Rexford Dasrath banged on the police cruiser's window.

Officers say they got out of the car, and the suspect lunged at them with a knife. One officer pulled out a gun and asked Dasrath to put the knife down. When he refused, the officer fatally shot him.